Fundamentalism
At the first stage people are embodiment fascists. They follow just one art and insist that it’s the best. They berate other practices and have very little cross-style, or cross-cultural understanding. This stage may come with fairy conservative or event prejudicial views more widely, even if under an “alternative” or pseudo-liberal (“be free to think like me”) veneer.  Right now there are people at this stage dressed as being open minded, but who are fundamentally tyrannical in their approach.

People at this stage often seek gurus, who ALWAYS end up as abusive. Embodiment schools have cult features at this stage, and are deeply hierarchical. Schools are essentially belief based so may have “new age” aspects not subject to reason or investigation, or belief systems with sacred cows and saved in groups.

The conference is not aimed at these people who tend to be humourless and dictatorial (again even if disguising that as care for others), and fear the multiple-perspectives that we offer. Usually our diversity of approach just annoys them.

The postmodern swamp
In the second stage people realise that one art does not contain everything and look for alternatives. They seek many teachers and dive into the plurality out there. Sometimes people get exhausted or confused trying to take everything on. They travel and embrace other cultures, often at the expense of their own which is rejected.

Gurus are killed as all power is seen as abusive (and there’s scapegoats too). Authority goes out the window for better and for worse. Equality matters again.

At its worst this “postmodern swamp” can lead to narcissism and nihilism. Politically, genuine concern for discrimination is enlivened, but can tip into an excess of language subtly, and enforced political correctness. Truth can become so subjective that all that remains is feeling (which is back and central) and opinion. Without an external reference the evils of the gurus are transcended, but there is little reference point for truth seeking, again, allowing a space for the new age to enter, and religious fundamentalists in liberal disguise to play their power games.

This is really where the embodiment world is at today – a beautiful diverse and confusing mess! The job of the conference and my life’ work is to provide a way forward from here.

—A Way forward?
I do not know the way forward from the swamp, and think that likely there is not ONE way forward, however there’s a few features I think will help:
– genuine cross-cultural understanding which includes what is both good AND excessive in one’s own culture – this applies to both styles of practice (e.g. KI aikido vs. Acro Yoga) and nationality
– a way to easily access and sort the huge diversity out there (we think The Portal is the first serious attempt at this in embodiment). It won’t tell you what’s the best but it will help you choose for yourself
– a re-recognition of experience and healthy hierarchies of competence (not dominance) – let’s not throw the baby out with the bathwater
– a community that has collective skills and sense-making in the huge range of practices out there – as not one person can do this. My own EFC and The conference are two such communities but there are some others
– meta frameworks of understanding that can place (even if crudely) the diverse practices, and help you consider what to do (with whom, when, I what way!)
– an integration of liberal and conservative values in regards to embodiment, demonising neither
– a mature approach to diversity which reintegrates much of the kindness, common-sense and fact-driven logic that has been lost with genuine breakthroughs in recent years, and does not allow vicious traumatised bad-faith radicals to hold the rest of us hostage – again, baby and bathwater
– humour. Lots of f**king humour!!!

I hope this simple map helps us move forwards as a community. It comes from both observations over years in field, hard earned lessons in what has become a near impossible leadership challenge, and theorists such as Ken Wilber.

I suspect as the culture wars ramp up, stands will have to be made, and while the conference is for everyone, how we will run it will not make everyone happy. We will not be bullied and we will keep being of service. I’m OK with being unpopular at times, and I trust the sincerity of of community to help the team move things along. Thank you for your part in helping us evolve. 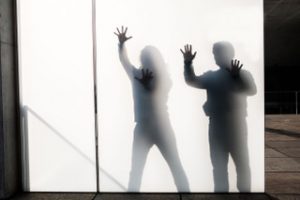 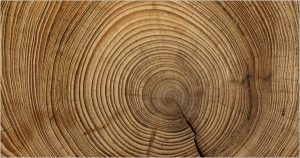