Ever felt you’d like to do more to help people?

In your family, your community, even the world?

Have you ever felt like you know you’ve got something to give but you don’t have what it takes?

Maybe you’ve been feeling stuck, not knowing which actions to take, and getting held back in procrastination?

Perhaps you’ve been focusing more on your weaknesses and not on your unique strengths?

If you were, the world would be a very different place.

Leadership can easily feel grand, foreign and beyond you.

Society has us picturing leaders as men (and increasingly women) in suits who speak and act a certain way.

But that’s a stereotype that keeps you small.

There are many, incredible, powerful leaders in communities around the world changing lives in their own, unique way. Being unapologetically themselves, leading outside of the stereotype and creating deep, lasting change.

They found their authentic leadership style, stepped beyond the fear and procrastination and DID the thing.

And you can too.

Leadership is an online, embodied process for people who are ready to create change to stop living passively, take action and make a difference.

This course directs you boldly to uncover your most true and authentic leadership style, and gives you the opportunity to unleash your most creative and unapologetic self. Once you’ve gone to the root of what’s holding you back, you’ll learn to apply the complete selection of embodied tools to stop playing small and start taking action.

In your weekly tutorial groups you’ll be supported through your real-world project. You’ll use everything you’re learning in the course out in the world to practice owning your space as the leader you are and begin making the difference you are meant to.

Identify and maximise your strengths

Recognise the ways YOU lead best and then practise embodying these qualities with confidence and clarity.

Move past procrastination, fear and doubt

Reconnect with your energy and purpose and learn embodied processes to do this on demand.

Fulfil your potential and contribute to the world

Uncover the unapologetic leader in you and take powerful actions in the world to change people’s lives.

A typical week on the course

There will be three main parts to the course:
Self-study course content, weekly LIVE tutorials (for 8 weeks) and your real-life project.

Live webinars will usually be on Tuesdays at 6pm UK time.
Convert to your timezone here.

*Tutorials will be recorded to view on the learning platform afterwards in case you miss them or want to rewatch something.

There will also be optional practice peer groups for those who wish to join, and a journal for learning reflection.

person who wants to make a difference in people’s lives (in whichever way is authentic to you).

professional who wants to step up to the next level in your work (even just in the way you show up).

facilitator who wants to feel at ease leading clients and consider stepping into group work.

…this course is likely a good fit.

Lead teacher for the event

When I was young, I thought leaders had to look a particular way. I grew up with business leaders standing on tanks, politicians in suits, business entrepreneurs who looked and spoke a certain way. Problem was, I knew I was none of these things. None of them suited who I was.

I thought this meant I couldn’t be a leader. I had a particular image of what a leader was holding me back. I couldn’t see a way forward.

Over the years, I’ve had some really good role models that showed me being a leader wasn’t just about fitting this stereotype. Leadership wasn’t just about being a manager or being famous or intelligent. There are many people who I saw influenced others and broke new ground in their fields and had a positive impact on the world who didn’t meet stereotypical roles.

Starting off in the embodiment field, I was culturally very different from other leaders, and I realised after many unsuccessful attempts at trying to be like them, I just needed to be myself.

Paradoxically, this led to me having more success than trying to be someone else.

People like authenticity. Authenticity feels good, it’s energising, and people who don’t like me at least say I’m authentic.

This was a bit of a struggle for me to make the leap into being a leader my own way, and it is a particularly big struggle for many of my students. So I’ve learnt some ways over the years to encourage them to be themselves, to let go of the fear that’s holding them back, and to have more impact and more fun doing it.

Through the 8 weeks of content you’ll engage with in this course, I can help you make the leap into seeing and experiencing the possibility of being a leader in your own way.

Founder: Your Right to Be

Erika is dedicated to helping women break free of ‘niceness’, step into true confidence and build professional lives that nourish their souls.

Ron helps people unearth their inner resources and find ease with being fully receptive to their humanity.

Karin combines a range of embodied and creative approaches to support personal and professional development.

We believe in this course, so we're happy to put our money where our mouth is.

If after completing all the course content and trying all the practices, you don’t feel like you’ve progressed as a leader, you can email us for a full refund at support@embodimentunlimited.com..

What some of our students say about our courses

It gave me confidence in the path I've chosen (creating a company to bring personal development to young adults). It gave me legitimacy. 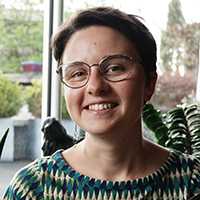 Anne LegerEntrepreneur, project manager & coach, France
This has opened up a new direction I would like to move in professionally. I have been drawn to somatic practices for some time and I feel now I have a good base to work from into this area.
Ben MatthewsPhysiotherapist, New Zealand
Using these learnings and teachings has given me the power and authority to help transform the lives of many Filipinos for the better. 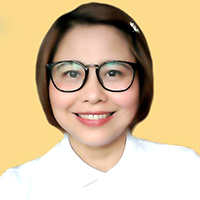 Marie Antonette Valderrama–DyTherapist, Phillipines
It provided me with a deep rooted structure when needed, freedom because of self confidence that I didn't have.
Karla Paulina ValverdeTherapist, Mexico
Previous
Next
ENROLL NOW

Want to make sure this course is the right fit for you? We do too.

We do touch on trauma in this course, so you will need to have some degree of functionality around this topic to be able to do the work.

Is this course live or pre-recorded?
Most of this course is pre-recorded. The live sessions included with the Tutorials and One-to-one packages will be recorded and available on the learning platform for you to watch if you miss them.
When does the course start and end?
It starts on June 21st and ends on August 9th.
Do I have to be a teacher, coach or facilitator to join this course?
No, the course will benefit everyone wanting to make a difference in their worlds.
How many hours a week is this training?
Between 3 and 5 hours a week including homework depending on the package you choose.
What if I miss some of the live tutorials?
The tutorials will be recorded and uploaded to the learning platform, but you’ll gain the most from the course by attending as many live as possible.
Can I get a refund if this course isn’t for me?
Our guarantee states:If you complete all the course content, try all the practices and still don’t feel like you’ve progressed as a leader – we’ll give you your money back.
Joing the course now

What leaders in the field say about us

"Embodiment is an essential component of healing and Embodiment Unlimited does valuable work bringing its importance to the public. I have enjoyed working with this innovative organisation."
Gabor Maté, M.D. 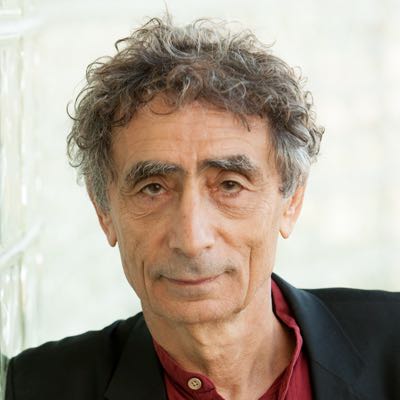 Get the recordings free

When you successfully complete the challenges on each day